5 ways how to avoid clogging DPF

Diesel Particulate Filter – this term is known by almost every car owner with a diesel engine made after 2000. Ecological European standards for exhaust emissions (which aim to limit the emissive power of particulate matter into the atmosphere) started to enforce practice of equipping diesel engines with special filters. Indeed, they made it possible to lower emissions of harmful gases and the impact of diesel on the environment. On the other hand, users of the engines with diesel particulate filters often encounter problems, especially using their cars in urban areas.

What are the symptoms of a clogged filter? Visibly worse engine-work parametres, which translate into lower power or higher fuel consumption. How then do we fit our car with a DPF/FAP filter to avoid these problems?

Differences between FAP and DPF – what is it all about?

Diesel Particulate Filter (abbr. DPF) or FAP (from French filtre à particules), is a part installed in the exhaust system of the diesel or petrol engine. The principle of operation seems simple – soot settles on the porous surface of the filter walls, which is supposed to prevent it from entering the atmosphere. Unfortunately, the soot (or particulate matter) which has accumulated in the filter leads to clogging and decreases in efficiency.

You’ll therefore likely come across terms like ‘DPF regeneration’ or ‘burning of the FAP filter’ when looking for information about diesel particulate filters. 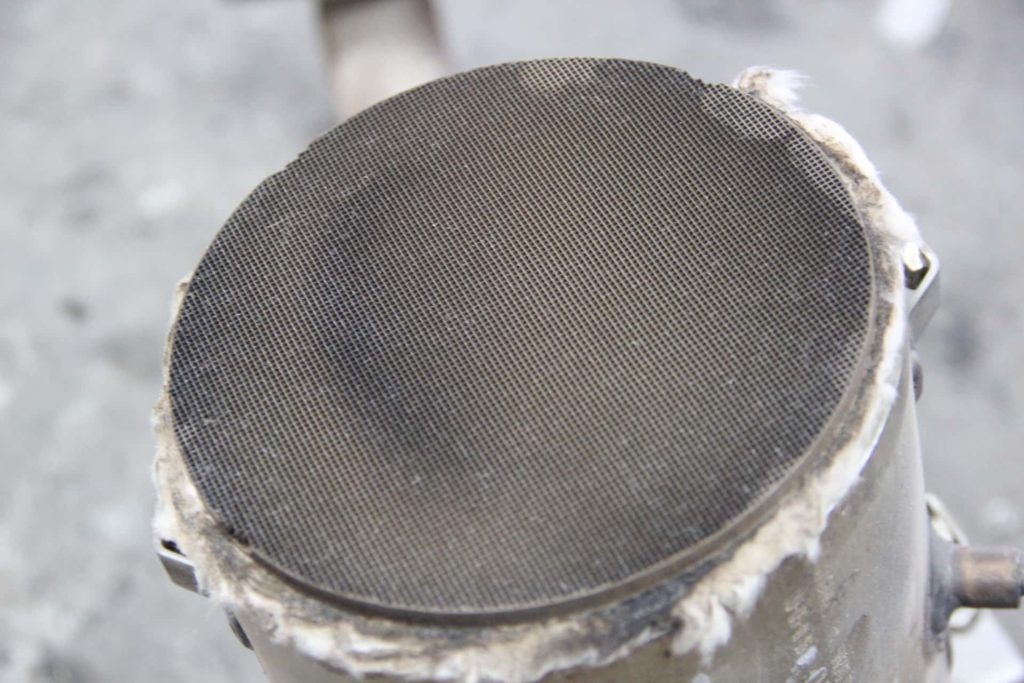 Are there any differences between DPF and FAP filters? Yes!

DPF are so-called „dry” filters that need a very high temperature to burn off the accumulated soot – even as much as 600-700 degrees Celsius. FAP are so-called „wet” filters, constructed by a French concern PSA (Peugeot / Citroen, now also Opel), for which temperatures of 250-300 degrees Celsius are enough to burn off the soot. The wet FAP copes better with driving in the city, but it’s more expensive to use as it requires a catalyst, which ups the cost. 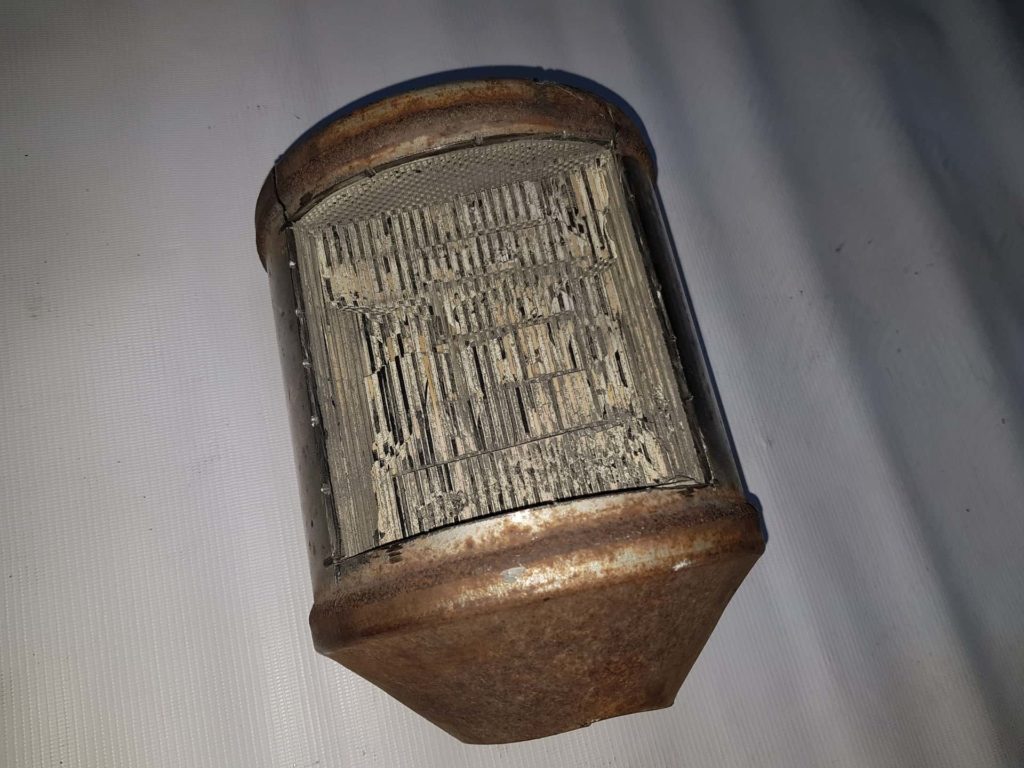 What are the downsides of DPF?

As we mentioned in the introduction, engines with diesel particulate filters do not respond well to use in the city. What does that mean? In the city, drivers generally cover shorter distances, so the engine doesn’t have the chance to heat up to the optimal temperature. It’s the fastest way to clog the DPF filter with coal and ash deposits.

How then do we best use the engine with a diesel particulate filter? It’s advisable every so often to drive further distances, keeping a steady engine speed to enable it to reach the right temperature. This will ease the burning of the accumulated soot in the filter.

Where possible, you should also avoid rapid acceleration on lower engine speed – it can cause the unburnt fuel to pass through to the exhaust system, where it will turn into soot, clogging the DPF.

When using an engine with DPF or FAP, it’s worth using special oils, made for those kinds of engines.
Low ash oils „Low SAPS” have a low sulphated ash, phosphorus and sulphur content. It’s crucial to follow the manufacturer’s guidelines and change the engine oil regularly

Despite driving in the recommended fashion and using the right engine oil, clogging of the filter can still occur. What do we do then?
DPF burning relies on driving longer distances as stated above, keeping the engine speed stable.

To aid the burning process of the diesel particulate filter, we can use preparatory tools, such as the K2 DPF. It’s added to the fuel, and, in addition to being very easy to use, works as a catalyst and aids the burning of soot as the engine works.

We can also use professional methods for cleaning the clogged DPF/FAP filters – the K2 DPF CLEANER. It’s applied to a cooled engine after disassembling the pressure or temperature sensor. After application, it will fully evaporate without leaving any marks.

If you decide to clean the DPF filter yourself, the cost should not exceed 12 EUR. 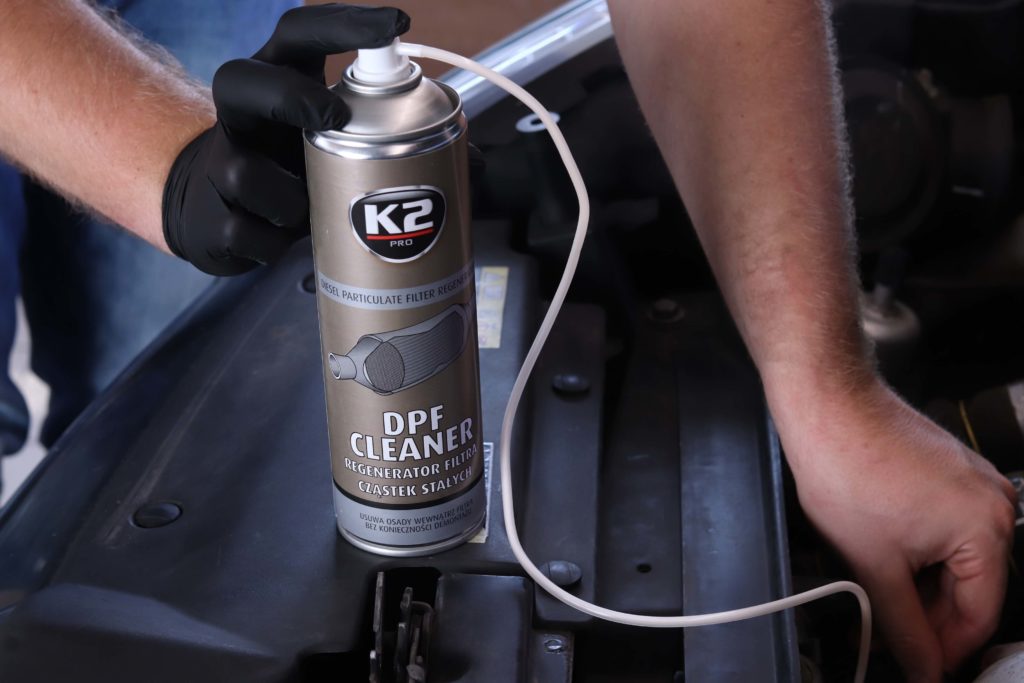 Photo: Cleaning the diesel particulate filter with a DPF Cleaner.

The lifespan of a DPF/FAP filter

The lifespan of a DPF largely depends on how a car with the engine filter is driven, how much attention the driver pays to his/her driving style, whether they cover longer distances regularly and if they drive exclusively in the city. It’s also dependent on the car and the engine itself. So how often should you change DPF?

Depending on the model of the car, every 120,000, 150,000 or 180,000 kilometres. Some drivers might struggle with a clogged filter as early as after only a few thousand kilometres. The cost of changing a DPF filter can amount to thousands, so in this case prevention is definitely better than cure.

Removing the DPF filter – is it worth it?

To say the least – it’s definitely not worth removing the DPF. Why? First off, after doing so, the car will generate highly poisonous, carcinogenic fumes, unsafe for both the user of the car and the environment as a whole. Secondly, cutting out the DPF filter is illegal and puts you at risk of losing your driving license, and creates problems during servicing. In addition, cutting out the DPF can incur fines outside Poland, where it can amount to as much as several thousand Euros.

Granted, using a diesel particulate filter can be complicated, but that’s the price we pay for advancement. It’s not likely there’ll be a meaningful reduction in the number of cars on the road anytime soon, and we only have one life and one lot of air to breathe. How then do we take care of the DPF so that it functions properly, and the costs of sudden damage don’t knock us sideways?

1. Avoid covering only short distances. If you’re using your car solely to get to work, drive to a shop further away in the evening. Or to those friends who live on the other side of the city. Or just take a short trip once a month and keep 2000-3000 rpm.

2. Use fuel additives that aid the burning of soot, like K2 DPF.

3. If you have a wet FAP filter, take care to replenish the fluid. You’ll find information on the kind and the amount of fluid, as well as the amount of time recommended between changes, in the car manual.

4. If you’ve noticed that performance has worsened and fuel consumption has increased, then your DPF probably requires intervention. Start by reaming it out with a chemical designed for DPF filter regeneration. The procedure is not complicated but can give surprisingly good results.

5. Take care of the engine and change the oil often. Long life sounds great in an advert, but every respected mechanic will recommend changing the oil every 10-15 thousand kilometres.