Classification of engine oils – How to read the markings?

Most drivers have no problem determining when to change oil and how to choose a proper one for the engine of their car, finding helpful, among other vehicle manufacturer’s recommendations. The marking of the oils themselves is a bigger problem. We have created this guide to understand the available classes of their quality and viscosity. 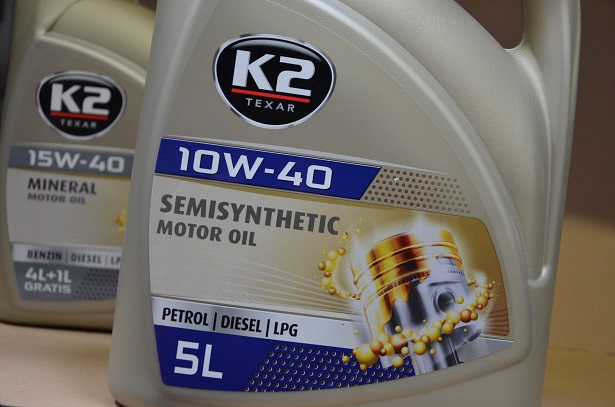 API, American Petroleum Institute, has created a quality classification of engine oils. The basic division concerns here gasoline engines (oils marked with the letter „S”) and diesel („C”).
Always followed by a letter, which here means belonging to the type of a given engine, followed by a second letter denoting the proper standard of this operating fluid. Importantly, the further letter is in the alphabet, the higher and newer the oil standard, and thus its class is better, e.g. SN> SL, SL> SG, CI> CS, etc.
In addition, in the case of oils for diesel engines, there are also sub-standards occurring after a combination of letters and specified in numbers, e.g. CF-2, CH-4, CJ-4. 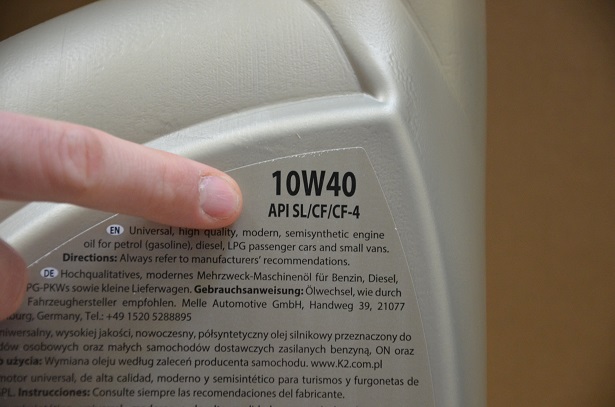 When purchasing oil for your car’s engine, you can always use oil with a higher standard and better parameters than those for which the engine was designed, but only with „neighboring” standards (e.g. SN oil instead of SM).
Topping up with a lower standard oil (weaker parameters) can lead to faster wear or even damage to the power unit. A similar effect can be obtained when adding oils meeting the new standards to older units, e.g. SN oil instead of SG.

• SG – mainly for cars produced before 1993; they guarantee good parameters in terms of abrasion resistance, durability, and protection against pollution.

• SH – standard introduced in 1993, mainly for cars manufactured before 1996; values close to the SG standard.

• SJ – introduced in 1996; for cars manufactured before 2001; requires lower phosphorus content and less evaporation compared to the SH class.

• SL – introduced in 2001; for cars with engines manufactured before 2004; greater limits for sludge when operating at high temperatures than in the SJ standard. 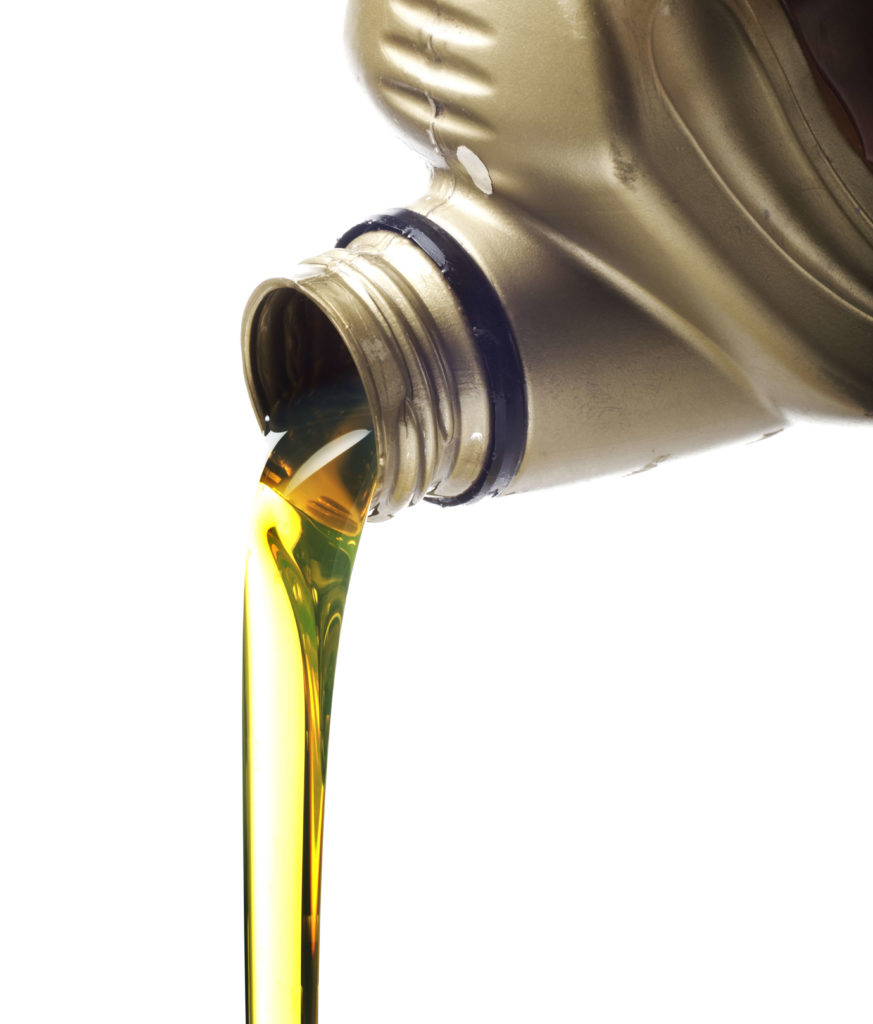 • CD – for heavily operated four-stroke diesel engines; with additives to prevent abrasion and accumulation of deposits.

• CE – for lower-class engines that work under heavy loads.

• CF-4 – better standard than CE in terms of piston wear and pollution.

• CF-2 – for two-stroke diesel engines instead of CD-II oils.

• CG-4 – for units with low emissions instead of CD class.

• CE and CF-4; the class meets the emission requirements of 1994

• CH-4 – to American diesel engines that emit a small amount of toxic exhaust; compliant with exhaust gas emission requirements from 1998; replacement for the CD class,

• CJ-4 – for diesel engines with increased exhaust purity with a particulate filter, DPF or EGR system; in place of class CI-4; introduced in 2006. 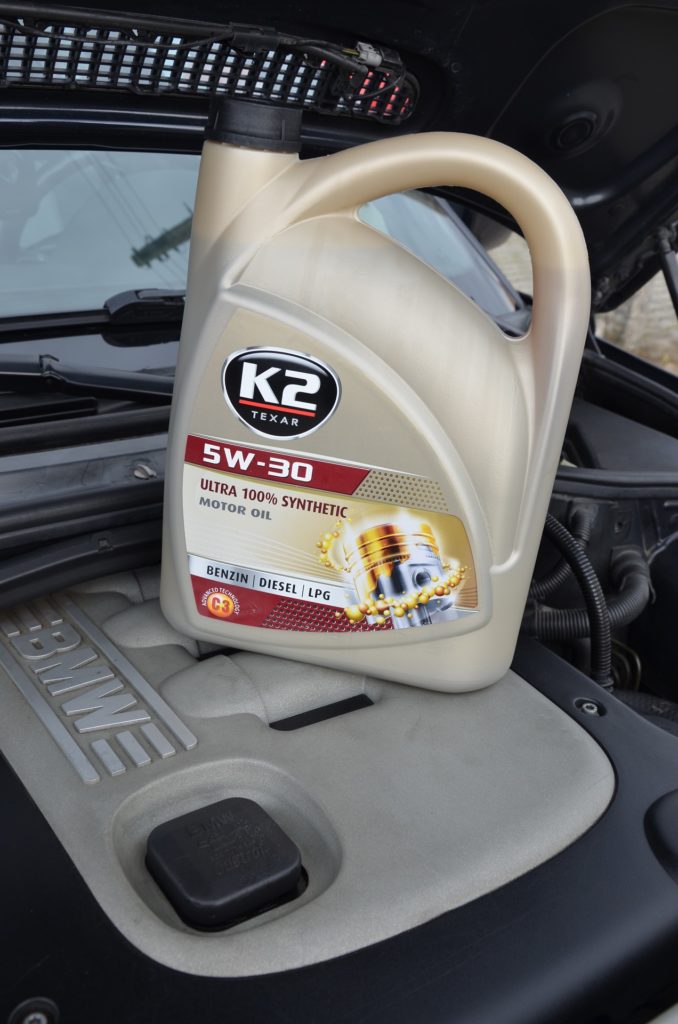 In addition to the API classification, some car manufacturers, including Caterpillar, Mercedes-Benz, Ford, General Motors, Mack, M.A.N., Volkswagen and Volvo determine oil quality based on their own tests. ACEA (European Association of Automotive Manufacturers) created its classification in 1996. Division of oil quality class according to ACEA distinguishes their three basic groups:

• A3/B3 – for gasoline and diesel engines operated in difficult conditions and with extended mileage between oil changes; they have a constant viscosity index and high parameters.

• A3/B4 – for gasoline units and direct injection diesel engines; constant viscosity index; high parameters; also, as a replacement for class A3 / B3.

It is worth devoting a separate paragraph to ecological oils marked with the letter „C” according to ACEA, because it is the most important class in this list. These are low-ash oils that all owners of cars equipped with particulate filters and state-of-the-art catalytic systems must pay attention to.

Their characteristic feature is the small amount of sulphated ash that is formed in the combustion process. As a result, less ash is deposited in the DPF filter or the catalyst, which causes it to clog more slowly. By using these oils, the life span of these expensive vehicle components is automatically extended.

Their name „Low SAPS”, from the English Sulphated Ash, Phosphorus, Sulfur comes from the first letters of dangerous to the engine and ecology of compounds, and thus: sulfate ash (SA) and phosphorus (P) and sulfur (S) compounds. 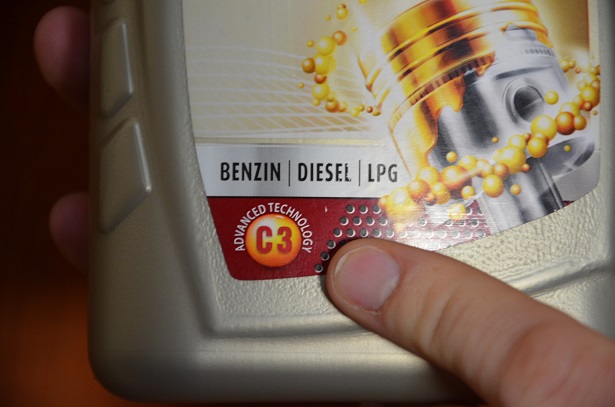 • C1 – for gasoline and diesel engines equipped with a DPF or catalyst, in which SAPS oils with low coefficient of friction and low viscosity (HTHS higher than 2.9 mPas) are required;constant viscosity index; high parameters, extend the life of the DPF and the catalyst, save fuel.

• C2 – for gasoline and diesel engines equipped with a DPF filter or catalyst (extends their life) requiring low viscosity oils (HTHS higher than 2.9 mPas) and a low coefficient of friction; reduce combustion.

• C3 – for gasoline and diesel engines equipped with a catalyst or DPF (extend their life), but without the HTHS viscosity requirement.

• C4 – for gasoline and diesel engines equipped with a catalyst or DPF (extend their life) with a HTHS viscosity requirement of 3.5 mPas.

Currently, in the era of cars full of modern technologies and manufacturers „allergic” to exhaust emission standards, special interest should be given to Low SAPS oils, which, without exposing the engine to damage, play an important role in extending the life of catalysts and particulate filters.

Be sure to read the article about: ,,Cleaning injectors using K2 Diesel Dictum”.